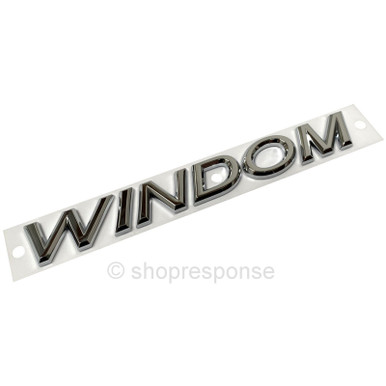 In Japan the Lexus ES300 was badged and marketed as the Toyota "Windom" which is a combination of the word "win" and the suffix "dom" that expresses a state of perpetual victory. The emblem will make a great conversation piece to those who will wonder more about the origin of the emblem as these are seldom seen outside of Japan. The emblem has self adhesive backing for a clean and simple application. Measures approximately 0.875" x 6.5". 100% Genuine Toyota part! Made by Toyota.